SOCIETY FOR PLANT BIOCHEMISTRY AND BIOTECHNOLOGY

SOCIETY FOR PLANT BIOCHEMISTRY AND BIOTECHNOLOGY 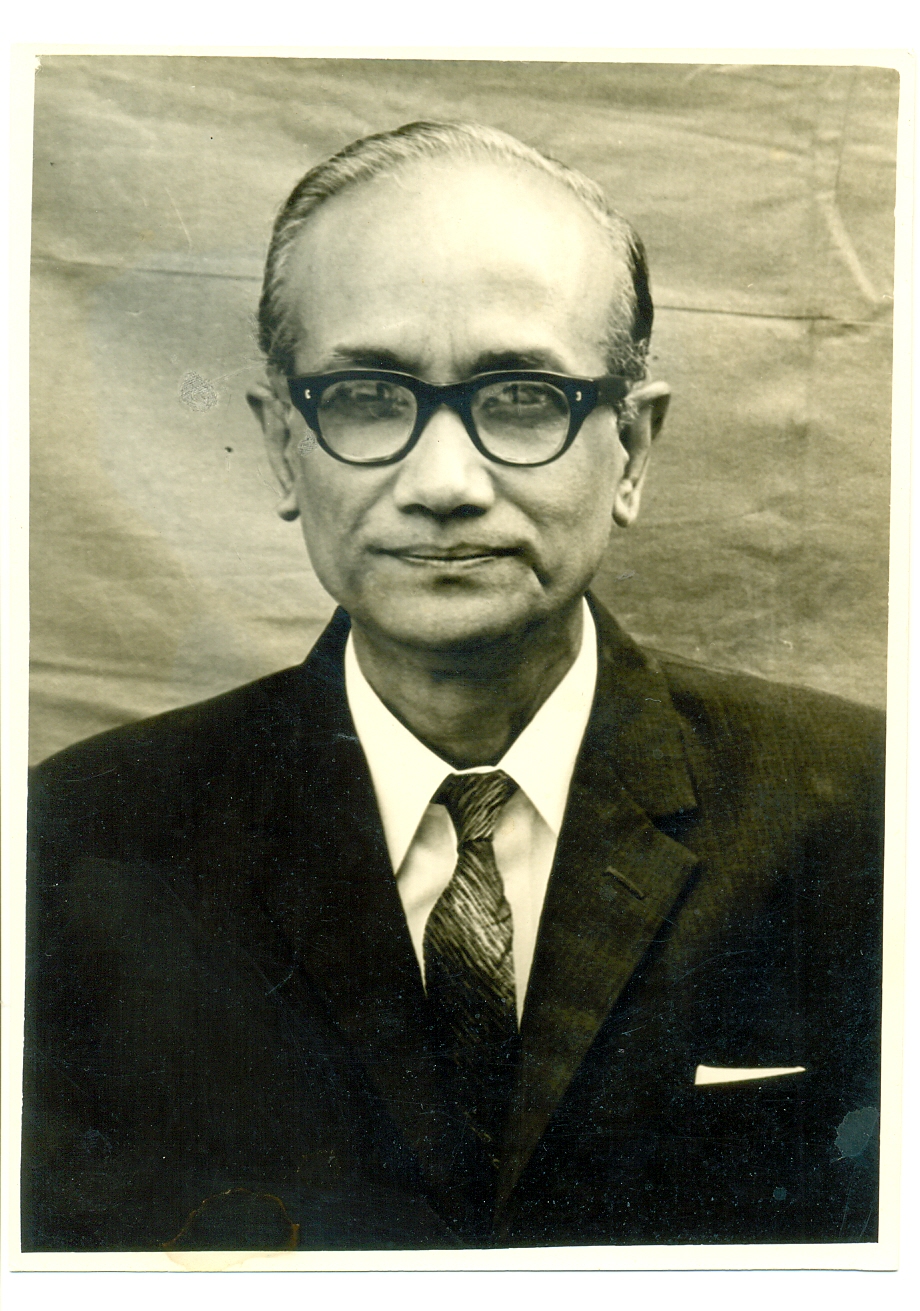 Dr. N. B. Das (Nalin Bandhu Das) was born on June 1, 1908 in a family of jurists, educationists and physicians of Chittagong (now in Bangladesh). He graduated in Honours in Chemistry from the Calcutta University. He then joined Bose Institute as researcher and later on served the Bengal Chemical and Pharmaceutical Works for a short term. In 1930s, on being awarded ‘The Lady Tata Memorial Scholarship’, he proceeded to Germany for higher studies. He was awarded the Doctorate degree for his fundamental research on the biochemistry of enzymes. His Ph.D. research has been quite frequently cited in the text books on enzymology.
He had the privilege of working with two Nobel Laureates. Initially he was with Prof. Hans von Euler at the Biochemical Institute, University of Stockholm, Sweden. Here he worked extensively on the purification and characterization of enzymes involved in amino acid metabolism in animal system, especially with respect to cofactors/coenzymes, and on the role of ATP in the conversion of DPN to TPN. Later on, as ‘The Lady Tata Memorial Scholar’, he moved to the Institute of Medical Chemistry, University of Szeged, Hungary to work with Nobel Laureate Prof. Albert Szent-Gyorgyi, to whom he considered his Guru. He carried out extensive studies on the inhibition of the succinic and lactic-malic dehydrogenases. His research work is widely cited in research papers and books.

After working for nearly 12 years in renowned laboratories abroad, Dr. Das returned back to India on the call given by Prof. P. C. Mahalanobis, the father of modern statistics in India. Patriotic feeling brought Dr Das home to use science and technology for the welfare of people. On his return, he joined the mother campus of Indian Veterinary Research Institute (then Imperial Institute of Veterinary Research) at Mukteswar to work on cattle vaccines and sera. Subsequently, in the year 1949, he joined the Division of Soil Science and Agricultural Chemistry at IARI as the first Biochemist where he established a Biochemistry Laboratory. This was the beginning of introducing and emphasizing the role of biochemistry in agriculture, especially with respect to the quality of food crops. Dr. Das was the first to study the nutritive quality of crops as influenced by variety, manures and fertilizers. From these studies, the first major recommendation that foliar application of urea and micro-nutrient elements enhances crop yield, was made in early 1950s.

Recognizing the importance of Agricultural Biochemistry in improving agriculture, a small Biochemistry Section in the Division of Soil Science and Agricultural Chemistry was transformed into the full-fledged Division of Biochemistry in November 1966, and its founding father Dr. N.B. Das was made the first Head of the Division. Biochemical research and education was tailored to meet the new challenges of Indian agriculture. New Post-Graduate courses were designed to impart skills in new technology that aimed at studying intermediary metabolism, molecular biology, enzymology and nutrition. The first batch of M.Sc. and Ph.D. students was admitted in the academic year 1967-68.

In the formative years, the major emphasis was given on the biochemical and biological evaluation of nutritional value of newly developed strains and varieties of food grains, effect of plant nutrients on nutritional value as well as yield of food grains, biochemical studies in nitrogen fixing bacteria, and utilization of agro-industrial wastes for the production of lysine as well as enzymes like cellulase and amylase. Under his leadership one of the finest facilities for doing outstanding research in plant biochemistry was built. The technique of PAGE was introduced for the characterization of soluble proteins and iso-enzymes. Dr. Das guided a number of M.Sc. and Ph.D. students from India and neighboring countries, who later went on to hold various responsible positions within and outside India. After his superannuation in the year 1970, in recognition of his valuable contributions in the field of biochemistry and his distinct position as a biochemist in the country, he was made Emeritus Scientist by the ICAR.

Dr. N.B. Das was not only a renowned and most respected biochemist, but also an unassuming, quiet and noble gentleman, and his smiling face was characteristic of him. He personified what is best in Indian culture. His commitment to excellence in science was total. This great scientist left for his heavenly abode on 17th November, 1971. The Society of Plant Biochemistry and Biotechnology decided to organize ‘Dr. N.B. Das Memorial Lecture’ to perpetuate his memory.

“Application of Modern Technologies in Agriculture”

Workshop on ‘Proteomics and metabolomics: application in agriculture for enhancing productivity and processability’ was organised at Division of Biochemistry, ICAR-IARI, Pusa Campus, New Delhi on 19.08.2019.

Workshop on ‘Gene Editing for Enhancing Plant Productivity and Stress Tolerance’ was organised from 10-12 November, 2019 at ICAR-IIRR, Hyderabad

Workshop on ‘Transgenic Crop: Technology and Application’ was organized by ICAR-NIPB New Delhi from 20-21 January, 2020 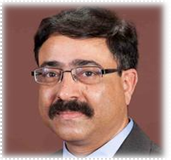 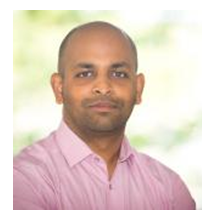 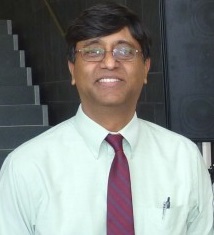 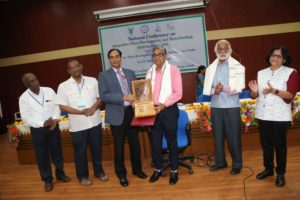 Excellence Award 2019 was conferred to Dr. Shanti Lal Mehta, Former DDG (Education), ICAR for his exemplary contributions in the field of ‘Education’ 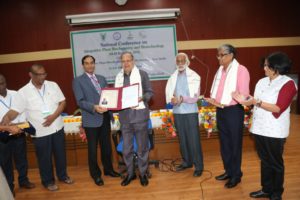 Excellence Award 2019 was conferred to Mr. Suresh Agrawal, Chairman, Beej Sheetal India Pvt. Ltd. for his exemplary contributions in the field of ‘Science Adoption and Popularisation’ 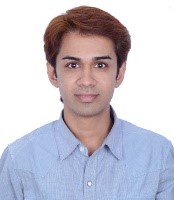 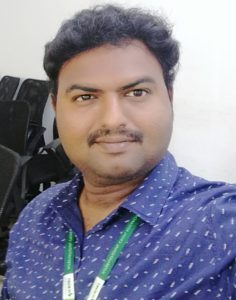 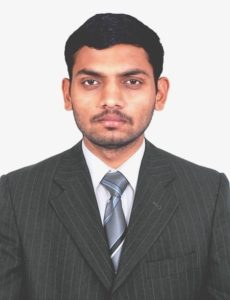 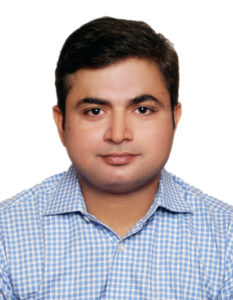